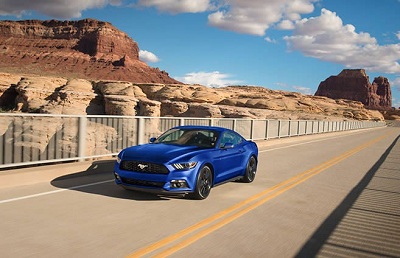 You can make the road yours in the aggressive 2016 Ford Mustang near Las Cruces, one of the most popular sports cars on the market today. Check out all its fantastic features, so you can decide if this is the car for you.

The Intricate Design of the 2016 Ford Mustang near Las Cruces

A lot of time was put into the design of the 2016 Ford Mustang near Las Cruces. The sleek design of this car gives it more speed, and each one comes standard with HID headlamps and LED tri-bar taillamps. The dual exhaust tailpipes give this car an aggressive sound so you can show off in any environment you are in. Air extractor hood vents come with the GT models, giving you even more power to speed down the highway.
http://www.vivaford.com/blog/2016/june/8/the-2016-ford-mustang-from-a-dealership-near-las-cruces-nm-a-sports-car-built-to-last.htm 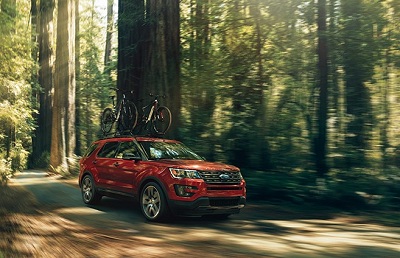 If you travel a lot, you need a reliable vehicle like the 2016 Ford Explorer near Fort Bliss. This modern SUV has plenty of interior space for passengers and is dynamic on any type of terrain you travel on.

Dynamic Capability of the 2016 Ford Explorer near Fort Bliss

Tackle any terrain feeling power behind the wheel by driving the 2016 Ford Explorer near Fort Bliss. Adaptive Cruise Control is unique in that it takes into account the flow of traffic. If the traffic up ahead starts slowing down while you are in cruise control, the speed settings are adjusted automatically by this feature, and you don’t have fiddle with any of its buttons.
http://www.vivaford.com/blog/2016/june/10/the-2016-ford-explorer-offered-by-ford-dealers-near-fort-bliss-power-and-luxury-like-never-before.htm 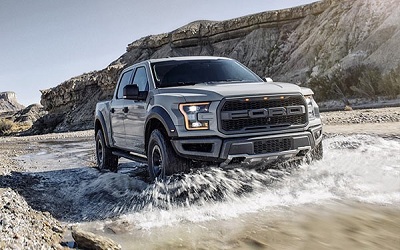 When it comes to off-roading, the 2017 Ford F-150 Raptor in El Paso is the perfect machine to get you through these adventures safely. Featuring a unique suspension and heavy-duty shocks, this Raptor was built for any type of surface and environment.

The redesigned 2017 Ford F-150 Raptor in El Paso has an aluminum body that is durable, which makes this truck significantly lighter than previous models. That means you can travel faster and gain the edge on the competition wherever you may be. It has a high-strength boxed steel frame, which is capable of holding up wherever you choose to take this truck.
http://www.vivaford.com/blog/2016/june/13/the-2017-ford-f150-raptor-from-a-dealer-in-el-paso-power-and-sportiness-combined.htm 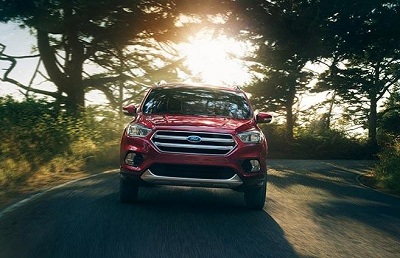 The 2017 Ford Escape from El Paso continues to keep a sharp edge against a dizzying array of competitors in the small crossover SUV market. For this model year, the 2017 Ford Escape sourced from an El Paso Ford dealer packs even more technological punch thanks to the optional Sync 3 interface. New, more powerful engines are sure to please drivers. In fact, even the cabin has been revamped to ensure a pleasant ride for all passengers. With all of these and more, the 2017 Ford Escape remains a strong choice for crossover SUV buyers.

The 2017 Ford Escape from El Paso features enhanced aesthetics and even more soft-touch materials throughout the cabin. New designs and materials adorn most surfaces you’ll touch. The steering wheel is more user-friendly, and some variants even offer a leather-wrapped and heated version.
http://www.vivaford.com/blog/2016/june/15/2017-ford-escape-from-a-dealership-serving-el-paso-updated-and-upgraded-in-every-way.htm 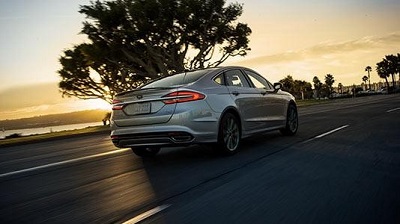 The 2017 Ford Fusion from El Paso remains graceful and agile in its latest model year, with taut handling and an enhanced interior to entice car shoppers of all types. Buyers can expect timeless good looks, a wide selection of powertrains, a spacious cabin, and all the latest safety systems with eye-catching design updates to boot. All of these make it a formidable entry in the highly-competitive midsize sedan class. Add to that its athleticism, efficiency, and sheer amount of technology, and the 2017 Ford Fusion deserves to be at the top of many sedan buyers’ lists.

The 2017 Ford Fusion from El Paso should make any driver feel instantly assured and comfortable behind the wheel. Expect accurate steering and nimbleness on the move. On the highway, this model cruises with quiet composure.
http://www.vivaford.com/blog/2016/june/17/2017-ford-fusion-from-a-dealership-in-el-paso-tx-blending-elegance-and-power.htm

While the 2016 release of the Ford Fusion was a success, there was still a lot left to desire when it came to electric power and security features. Ford has recognized the yearning of the fans and has added a lot more to the 2017 Ford Fusion. Now, the Ford Fusion has features like Enhanced Park Assist, Auto Stop and Start Technology, and a smart Lithium-Ion battery that charges within 2.5 hours.

One of the most notable features of the 2017 Ford Fusion is the fact it can run on electric power for 10 miles and then quickly switch to a fuel efficient 2.0 liter EcoBoost 4-cylinder engine. According to Ford, the battery can charge in just 2.5 hours overnight and the car will be ready for driving in the morning. Note that the battery now is a Lithium-ion battery in the Energi model, which is a plug-in hybrid version.

Another great feature is Ford’s Enhanced Park Assist, which is an upgrade of the previous Park Assist feature. Now, drivers can park parallel and perpendicular with the help of the alerts given out by the ultrasonic sensors on all four sides of the car.

The 2017 Ford Fusion is also equipped with the Auto Stop and Start functionality which allows the engine to shut down when the car is idle. Once you press the accelerator pedal, the engine restarts. During the process, your car saves both on fuel and electric power.

Truly, the 2017 Ford Fusion looks classy and is now more powerful and feature-rich. Visit one of the Ford dealers serving Fort Bliss today and drive away with the all-new Ford Fusion.

The 2016 Ford Explorer stands among the few mid-size SUVs that can stand toe to toe with other ones in its full-size category. With its bold look and amazing interior features, the Explorer may just be your number one choice for a top-of-the line SUV. Better yet, with Ford’s EcoBoost technology engines, the Explorer makes it possible to go for longer trips without you having to worry about burning a hole in your pocket.

The 2016 Ford Explorer comes with a 2.3-liter EcoBoost engine that is capable of generating up to 280 horsepower and 310 lb-ft of torque. The two large twin-scroll low inertia turbocharger ensures that the exhaust pulses stay away from the main pairs of the cylinders, allowing the turbine to spin faster to give the car more acceleration and better fuel efficiency.

Another notable feature of the 2016 Ford Explorer is the Park Assist. There are 12 ultrasonic sensors in the car that detect the space between your car and other objects, alerting you of any possible collisions. You will also find Side Sensing Systems for parallel and perpendicular parking assistance.

Communication on the Go

More than just parking, Ford recognizes the need for communication on the go by integrating the SYNC technology within the Explorer. You can connect your smartphones to the system to make and receive calls via voice commands.

If you are looking for a mid-size economical SUV, then make the 2016 Ford Explorer your ultimate pick. Visit a Ford dealer serving El Paso today and get your hands on this amazing car.