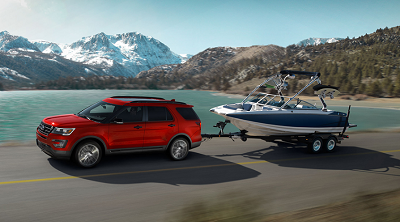 The 2016 Ford Explorer near Las Cruces, NM received a lot of enhancements, reflecting the brand’s newer thinking and approach. From the interior to safety features, expect refinements adding ease to the use of controls and efficiency to driving dynamics.

For buyers seeking technological advances and user-friendly interfaces not available in its predecessor, give the 2016 model a fresh look at a Ford dealership serving Las Cruces, NM.

The 2016 Ford Explorer near Las Cruces, NM: Power and Speed

The 2016 Ford Explorer brings three engine options to the table, allowing you to choose the one that best fits your needs. The standard 2.3-liter turbocharged engine already offers plenty of power and speed at 270 horsepower and 300 pound-feet of torque. If you’re into a faster ride, you may opt for the 3.5-liter V6 that delivers 290 horsepower and 255 pound-feet of torque.
http://www.vivaford.com/blog/2016/august/16/the-2016-ford-explorer-from-a-dealership-near-las-cruces-nm-easy-refined-modern.htm

If you do heavy-duty jobs on a regular basis, such as hauling large equipment, you need the right truck. The 2016 Ford F-150 is powerful and can help you get jobs done in a safe, efficient manner. It also has a stylish exterior and interior, and these aspects will definitely make heads turn as your truck cruises by.

END_OF_DOCUMENT_TOKEN_TO_BE_REPLACED 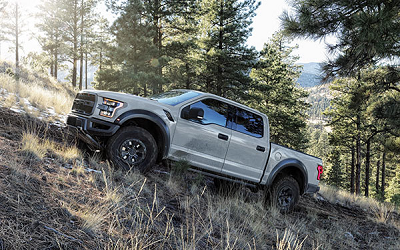 “Float like a butterfly, sting like a bee” is probably the most fitting phrase for the 2017 Ford F-150 Raptor around Fort Bliss. It’s an upgraded version of the regular F-150, but with a lighter body and an off-road capability considered the best in its line. This model from Ford dealers near Fort Bliss continues to prove the brand’s commitment to durability, toughness, and dependability.

One of the most crucial enhancements to this latest model is an aluminum body of military-grade, high-strength alloy, effectively shaving 500 pounds from the truck’s previous weight.
http://www.vivaford.com/blog/2016/august/12/the-2017-ford-f-150-raptor-from-dealerships-near-fort-bliss-the-toughest-and-boldest-off-road-king.htm 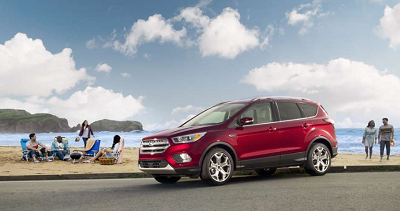 The 2017 Ford Escape from El Paso takes your driving experience one step further. With a set of enhancements gracing its interior, exterior and below the hood, this vehicle competes proudly in the compact SUV segment. It prioritizes user-friendliness, connectivity, and sophistication to challenge leaders in its class.

If you’re looking for a spacious, comfortable, and modern ride, pay attention to this Ford in El Paso when visiting Ford dealerships.

How the 2017 Ford Escape from El Paso Fares 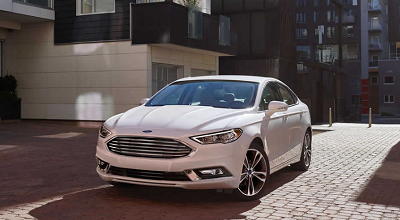 While the 2017 Ford Fusion from El Paso boasts of a fresh, contemporary design, it’s not all about the style. It now carries premium features and technologies that make it smarter, more efficient, and user-friendly. In fact, it caters to a wider market as the only midsize sedan available in plug-in, all-wheel-drive, and hybrid versions.

Whatever your needs and preferences are in terms of power, speed, and capability, the 2017 Fusion from a Ford dealership in El Paso probably has something for you.

Your Engine Options for the 2017 Ford Fusion in El Paso

Versatility proves a strong point in this model with five engine options:

The 1.5-liter, EcoBoost four-cylinder produces 240 horsepower and a fuel economy of 23 city/34 highway mpg. A great daily drive because of its fuel economy, it features an auto stop-start to complement its fuel-saving attributes.
http://www.vivaford.com/blog/2016/august/5/a-smarter-midsize-sedan-the-2017-ford-fusion-from-a-dealership-in-el-paso.htm

Even before its debut, the 2017 Ford F-150 Raptor had already set hearts racing for both critics and enthusiasts. It’s no wonder— it takes America’s best-selling pickup truck, then ramps up every aspect to create a vehicle that can run full-throttle across deserts and hop boulders with ease. There’s a new V6 that is even more powerful than the previous V8 engine. Refined suspension, a tougher frame, and a sophisticated Terrain Management System infuses even more talent into this beast. When you want a pickup truck that can do it all with swagger, this is the one to get.

END_OF_DOCUMENT_TOKEN_TO_BE_REPLACED 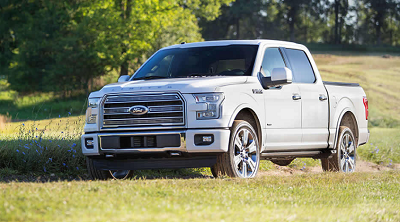 The 2016 Ford F-150 from El Paso, TX continues building its legacy in the full-size pickup segment. This year’s model boasts of body and power enhancements that pose tough competition for others in the market. Equipped with a lighter aluminum body and a turbocharged V6 engine, the 2016 F-150 gains bigger payload capacity and fuel economy without sacrificing power.

If fuel efficiency, payload strength, and engine power are your priorities, then this model from a Ford dealership in El Paso, TX is worth examining.

The 2016 Ford F-150 is the latest entry in the best-selling F-150 lineup, and it has no plans of giving up the crown. With enhanced technology, performance, value, and features, it remains the quintessential full-size pickup truck. Car shoppers are presented with potent engines, extreme off-road chops, and a tight build that’s all set to face the most difficult driving challenges. If you’re in the market for a full-size pickup, the 2016 Ford F-150 is simply the best choice.

END_OF_DOCUMENT_TOKEN_TO_BE_REPLACED

As the best-selling vehicle in the country for many years now, the Ford F-150 certainly hits all the right buttons for pick-up fans. It remains the perfect choice for those who value amenities, utility, fuel economy, and comfort in their trucks. Yet some truck buyers want even more from their ride, such as off-road capabilities that won’t hesitate in any kind of rough terrain or difficult weather. If you fall under this type, the 2017 Ford F-15- Raptor is sure to get your heart racing.